You are here: Home / Blog / Teach English with Dolls: 4 Ways

My kids students are all Japanese children. The texture of Japanese greetings seems to be a bit different from English. Also, when they will use English, they will probably be speaking to someone they don’t know very well. To this end, I like to teach a slightly formal set of greetings. When I teach English greetings with dolls, the kids can see the flow of the conversation. Yet they are not directly connected to it. They are, in a sense, outside the conversation. They seem much more comfortable speaking ‘through’ the doll than speaking for themselves. It gives a sense of safety.

Prepositions tend to be quite difficult for many of my students. They are structure words as opposed to content words. That means they don’t get the strong stress in the sentence and are often difficult to hear. Teaching English prepositions with dolls is quite easy. We practice simple prepositions ever and over again in this game. It makes their hearing and speaking strong on this point.

First, I line up five cardboard boxes of different colors, made out to look like houses. Then I get this box of stuffed animals out. I place it on the floor or table one and a half meters away from the row of houses. One person stands behind the row of houses and the other near the box. The student near the box chooses a stuffed animal. The student throws it gently to the student by the houses with a command. The command is about where to put the animal, such as “Put the mouse on the yellow house”. The student catches it, repeats the command and carries it out.

In this way, they practice the speaking and listening skills. More than that, they practice the habit of repeating. Repeating is one of the most valuable skills my students can learn. Simply repeating what they hear out-loud, albeit in a small voice, increases their conversational ability tremendously.

Dolls are a great way to reinforce the subject verb reversal between statements and questions in English. The student uses one doll to go the other dolls in turn and identify them, saying “You are a ~”. Then, later, the dolls can come to an obstacle you make in the class. One doll on the other side of the obstacle has to guess what they are, saying, “Are you a ~?”. This teaches the grammar without explanations, and helps them remember the structures. To be sure, this is not enough to teach this grammar point. However, it is a great starting point or support practice ‘game’, and the students rarely feel like this is ‘studying’; it is fun.

Quite recently (about a year or so ago), I thought about teaching the third person ‘s’. There must be a good way to teach grammar with dolls in class. If we do it when the kids are young they memorize it and make it seem natural?’ The result was telling a story of a daily routine with a doll. The students set up the houses in a row. The they put a card representing a place by the house (bank, station, toy store, etc). They then tell the story of the doll as it goes from one place to place. Since they are stuffed animals, the routine can be crazy and unconnected to human routines, so there is considerable freedom. I expand the exercise with actions cards, putting one or two cards by each house. The student can then tell me what the stuffed animal does at each location. All this uses the action verbs. Since it is a routine, the present tense with an ‘s’ on the end is natural. I find the kids take to it quickly. Their parents are often very impressed as their children are using ‘difficult’ English, in an extended version. 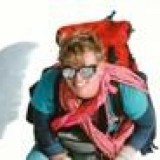