Hi! It’s Patrick here with Smith’s School of English, Koenji. Whether it’s 1984 by George Orwell or James P. Othmer’s, The Futurist, it’s been said “Sell your talents, sell your soul, but don’t sell out your vision of the future.”. I like that. The wise King Solomon even penned it in the Book of Proverbs, 29:18, “Where there is no vision, the people perish”. In its most basic form, I do subscribe to the idea that if we don’t have a vision for the future, no matter how small or obscure it may be, then we don’t have a future. For it’s when we try to envision a future that we enlarge our capacity to create and invent what our minds can only imagine.

Out of all the megalopolises in the world, I would place Tokyo at the top of the list for its innovation and futuristic appeal. Certainly “old” Tokyo still exists in the shadows of “new Tokyo”, but within “new Tokyo” is where the future lies. When I see Tokyo, I see the future. The challenge is to envision a Tokyo 100 years from now – what will this Tokyo look like? According to most futuristic novels that have been written, the future world seems to have a dystopian bent to it, however, I actually see a utopia. I think it’s a place we would all want to be a part of.

Japan’s technological advancement in the ’70s and ’80s put it on the map and shot it’s economy up to number two in the world. This didn’t happen by chance, it happened because a nation, a people, willed it and took daring steps to realize it. Japan didn’t just dream it, they drew it, built it, sold it and executed a masterful worldwide plan to lead the way in electronics and automobiles. Their innovations may have been ridiculed in the beginning, but one can’t deny how they’ve shaped the world of electronics, gaming and personal transport.

Their leadership and innovation in mass rapid train travel with the Shinkansen (bullet train) was the forerunner to China’s Shanghai Maglev, Italy’s AGV Italo and Spain’s Seamens Velaro. A hundred years from now, my mind envisions people flocking to museums to see what mass rapid rail travel was like, and they will travel there in style via people movers on invisible skyway railways. Above them will be thousands of personal Toyota, Honda and Mitsubishi pods zipping by on skyway highways, barely making a sound. They travel along the same designated roads available today, zipping by offices and homes on the 4th and 5th levels of sleek modern updated skyscrapers made up of mostly glass and super carbon-fiber impervious to any earthquakes. By this time all public and private transportation will be driverless.

I envision super drones delivering pre-purchased groceries, meals and most small items, at the windows, balconies and driveways of all homes. All boutiques, department stores and supermarkets are manned by virtual holographic salespersons, and purchased items are automatically charged as each customer walks out the store. The monetary system that we know today will be obsolete. Buying and selling will all be done via retinal scans and implanted banking chips embedded in each individual. It will be a one-world currency a hundred years from now. Takashimaya will have evolved from a department store to having virtual shopping hubs throughout Tokyo featuring items from stores from all around the world.

Tokyo’s future is bright and it will once again lead the world as a temperature-controlled, dust and allergen-free domed super megalopolis that will be the envy of capitals and countries around the world. 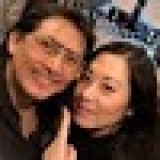