You are here: Home / Blog / 7 Habits of Highly Effective Students

This marks the 20th year of Smith’s School Hirakata. Quite an accomplishment considering that during that time I’ve seen many of the big names disappear. I remember the days when Nova and Toza were all located in front of the station. It was a time before iPhones. I was young and even had hair. The one thing I knew was I had a burning desire to teach and decided that the Smith’s organization was the best fit for me.

Since I opened its doors, I’ve taught hundreds of students. Doctors, engineers, architects, a judge, mothers and fathers, and, of course, kids. Each student that walks through my door brings with them a new and exciting challenge. One of the things I’m most proud of is helping every high school student get into the college they wanted to. I’ve also helped many students reach new levels in TOEIC and Eiken, get internships overseas, and get jobs with companies such as the Ritz Carlton and Carnival Cruises.

But what many students might not realize is that I’ve learned so much from them. They are a big part of who I am today. I started learning magic to entertain students. I read books to help them in their endeavors. At present, I’m putting together a little guidebook for students on the best restaurants in Kansai since travel’s pretty much out this year.

Thanks to my students, I’ve also seen what it takes to master English. Inspired by Stephen Covey’s best-selling book of a similar name, I came up with seven habits of highly effective students. Let’s take a look at each.

We’re all familiar with Aesop’s The Tortoise and the Hare. Despite the hare’s speed, the tortoise wins the race. The message is a simple one – consistent effort applied over time can lead to victory. Learning a language isn’t a sprint, it’s a marathon. Put in the time and effort each week, both in the classroom and at home, and the results will speak for themselves.

Mistakes go part and parcel with success in any field. We learn by making mistakes, and that’s especially true when learning a language. I can’t tell you how many times I had to fix my son’s English when he was young, but it never affected his desire to learn. Adults, on the other hand, are sometimes hesistant to make mistakes. Be fearless. The more mistakes you make, the faster you’ll learn.

When children are very young they are constantly asking questions. What’s this? What’s that? Why? They ask a thousand questions because each question brings them more knowledge. Students need to have the same habit. As I was often told, “There’s no such thing as a stupid question.” Asking means you want to know more. The lesson, be like a child.

Another childlike quality is that of curiosity. They just have to know. Some adults, on the other hand, have so much on their plates that they don’t want to spend the time to learn new programs or techniques.

I placed an order for the Oculus Quest on Amazon the minute it was available. I couldn’t wait to try wireless VR. It was everything I had hoped for and more. My son and his friends loved it, too. I even took it to my classroom to let my students try and even the most hesitant loved it.

Languages might not be as entertaining as the Quest, but they are intriguing. Each has its pros and cons. Kanji was particularly challenging at first, but once I unlocked its secrets I found it incredibly interesting and that fueled my drive to learn more.

Go Above and Beyond

If you want to succeed at anything, it’s going to take hard work. There’s just no way around it. Good students don’t do just what they are told, they do more. YouTube, TedTalks and Netflix give us so much more exposure to English than we used to have, and they’re often not assigned as homework. Never hesitate to do more, you’ll reap the benefits.

Thanks to the internet, we can learn almost anything from the comfort of our own home, but learning a language isn’t something we can learn from a DVD program or audio training. Believe me, I’ve tried. You need a good teacher. Teachers can make or break learning any subject, but especially a language. Some people choose the most convenient or stylish school, but good students know that it’s the teachers that are the key to their success.

This could be the most important habit on this list. Learning should be challenging, but it should also be fun. Make sure you’re having fun while learning. 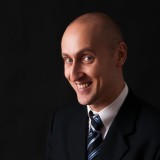