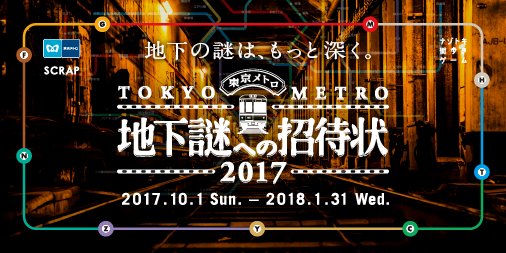 Every year, the Tokyo Metro does a fun event called the Tokyo Underground Mysteries. It takes place for three months in the winter season. You buy a game set and they give you one of these folder sets which includes several puzzles in it. They have both English and Japanese versions. Once you solve the first puzzle, it leads you to a station name. Once you arrive at that station, you use visual clues to solve the next puzzle. One leads to another until you complete solve the whole mystery. The set also includes a 72 hr unlimited metro pass to help you get from one location to another.

You more information about it here: http://realdgame.jp/chikanazo/4/en/

This year, we did it in January. It took almost all day- from morning until night. There were thousands of other people who joined in, so everywhere we went there were other game players as well. Here we are solving puzzles at the side of the street. And here we are solving more puzzles at a station. It was such a fun activity and I was able to explore so many parts of Tokyo that I had never been to before. I went on new subway lines, and saw new sights in Tokyo. I hope that later this year we will be able to try it again, and maybe you can try it with us! 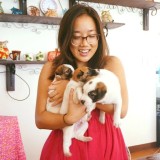